What happened at Camp Lejeune?

Camp Lejeune is a military base in Jacksonville, North Carolina. Starting in the year 1953-1987 the water was contaminated with harmful chemicals that can cause cancer and other serious illnesses. The chemicals leaked into the water from underground storage tanks causing the water to become extremely toxic. This affected thousands of soldiers that stayed at the camp. In some cases, it can affect the victim’s family and their children have suffered birth defects.

What was in the water at Camp Lejeune?

What is the Camp Lejeune Justice act of 2022?

This bill that congress just recently approved and is expected to be passed shortly will allow people exposed to the toxic water at Camp Lejeune to file a lawsuit. The act acknowledges that the people that stayed at the camp consumed toxic chemicals that are linked to causing cancer. The lawsuit must be filed within two years of the bill being passed.

How many deaths have there been?

Are victims eligible for compensation?

If you stayed at Camp Lejeune during August 1953- December 1987 then you may be eligible to file a claim for compensation under the Camp Lejeune Justice Act. 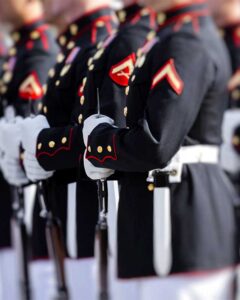 Contact Rudolph Migliore P.C. for a free case evaluation and see if you are eligible to bring a claim under the Camp Lejeune Justice act of 2022. Call us today at 631-543-3663.